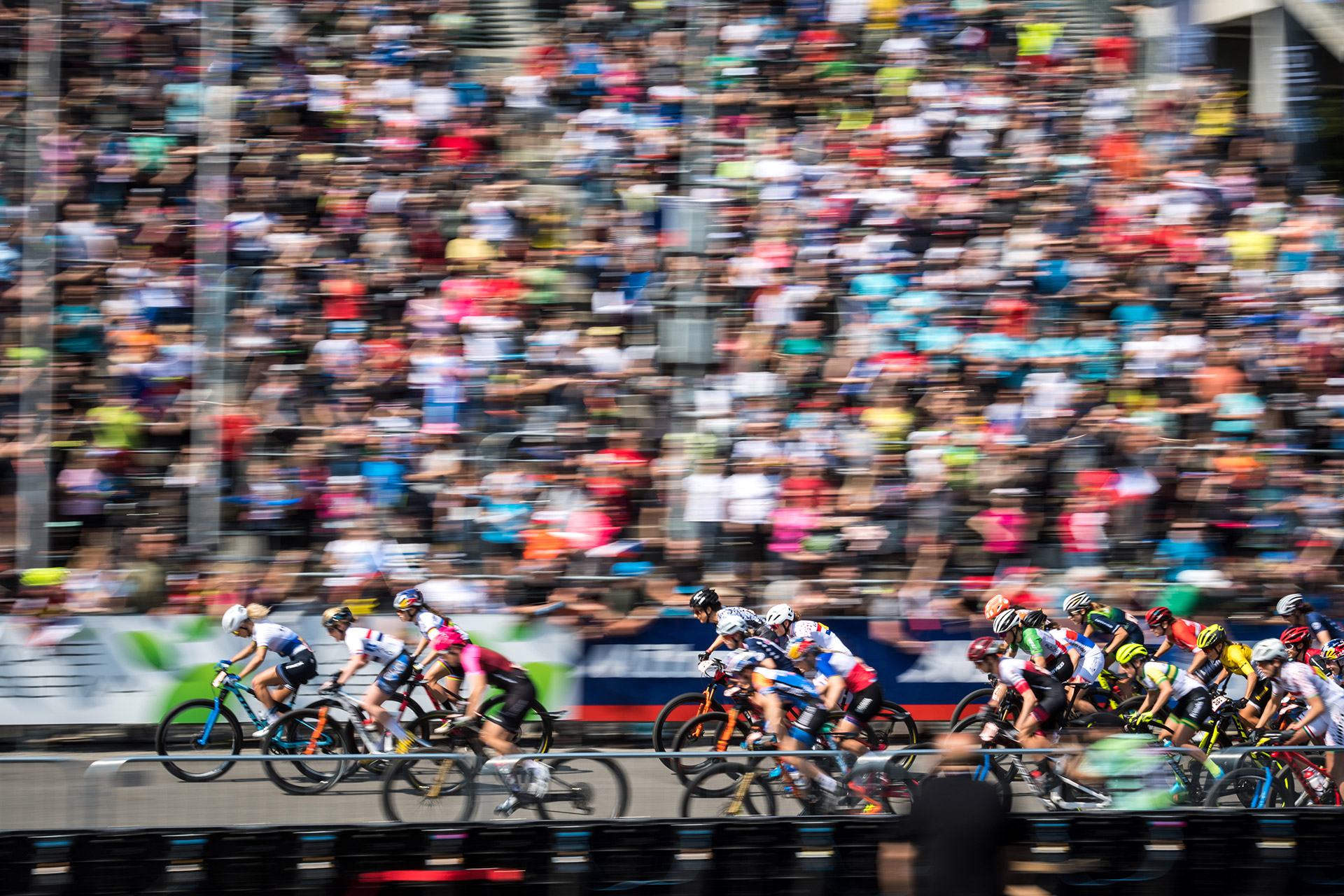 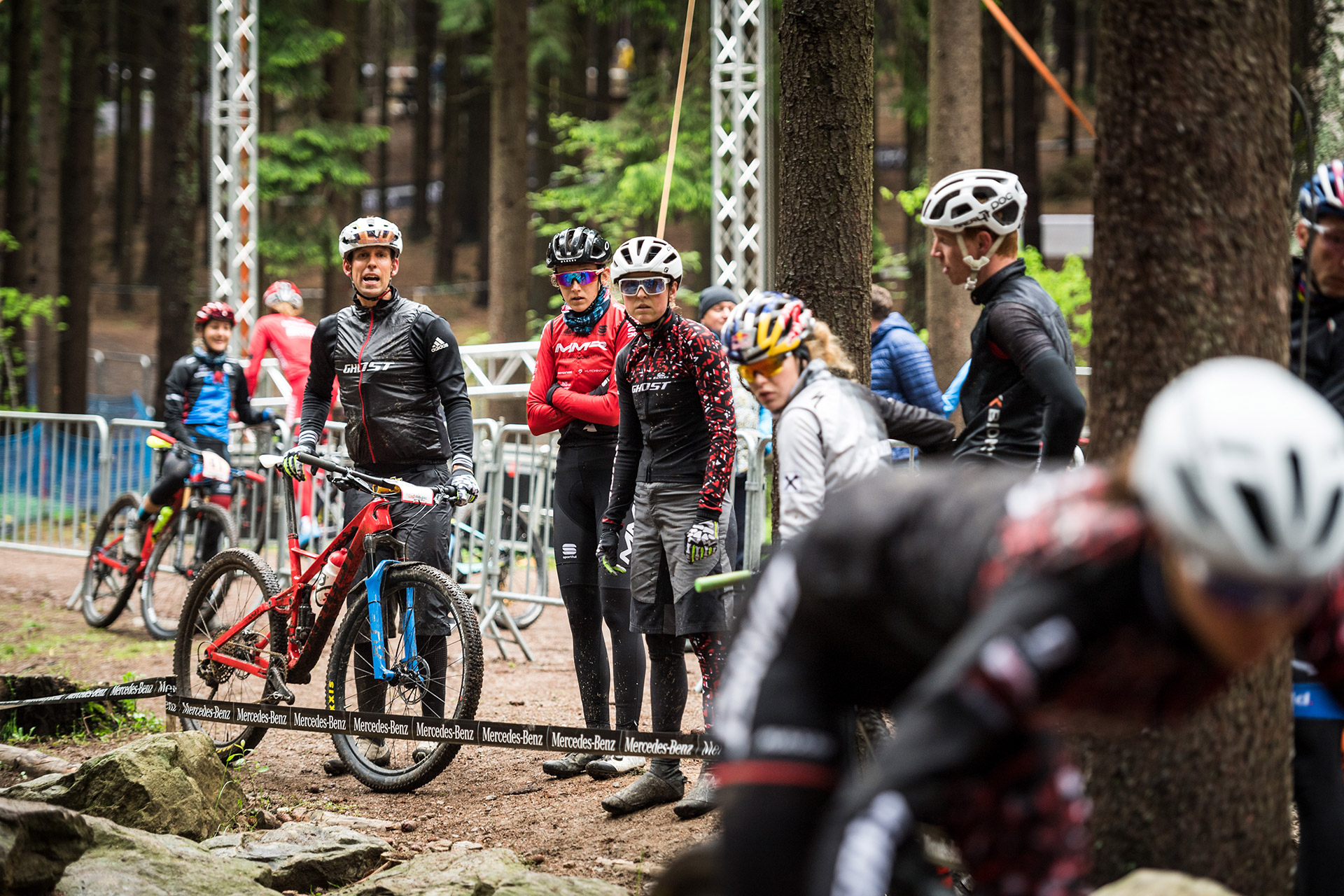 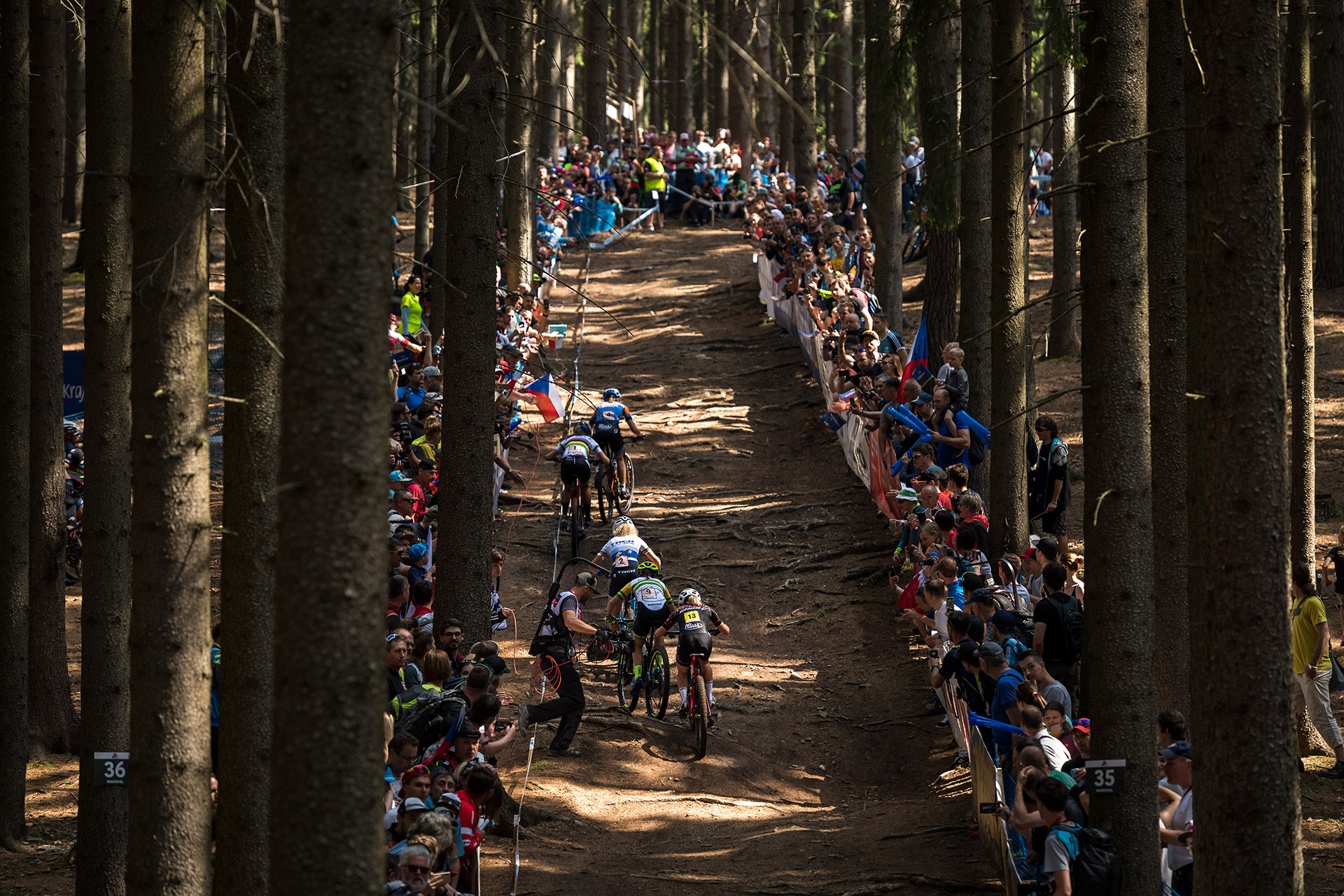 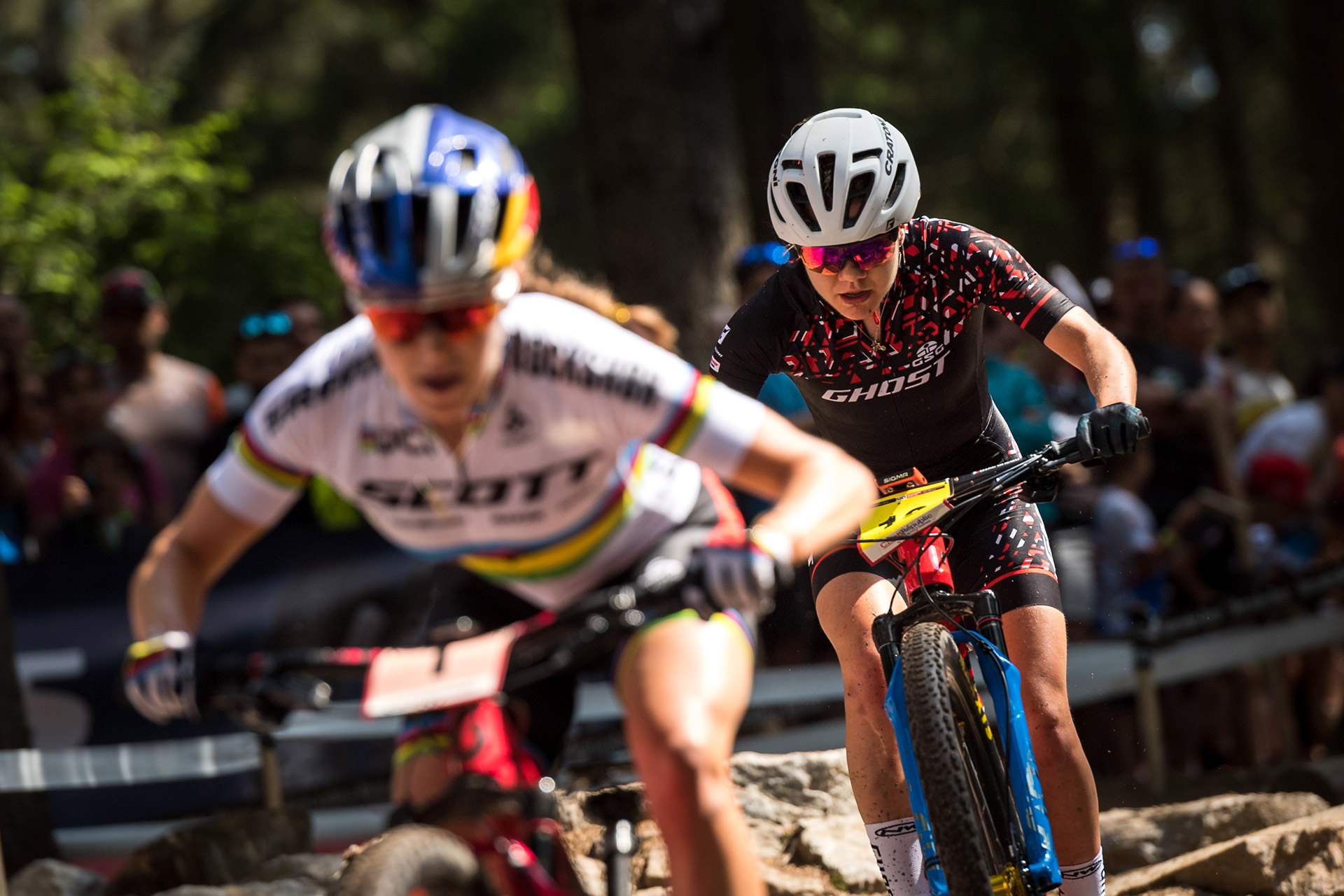 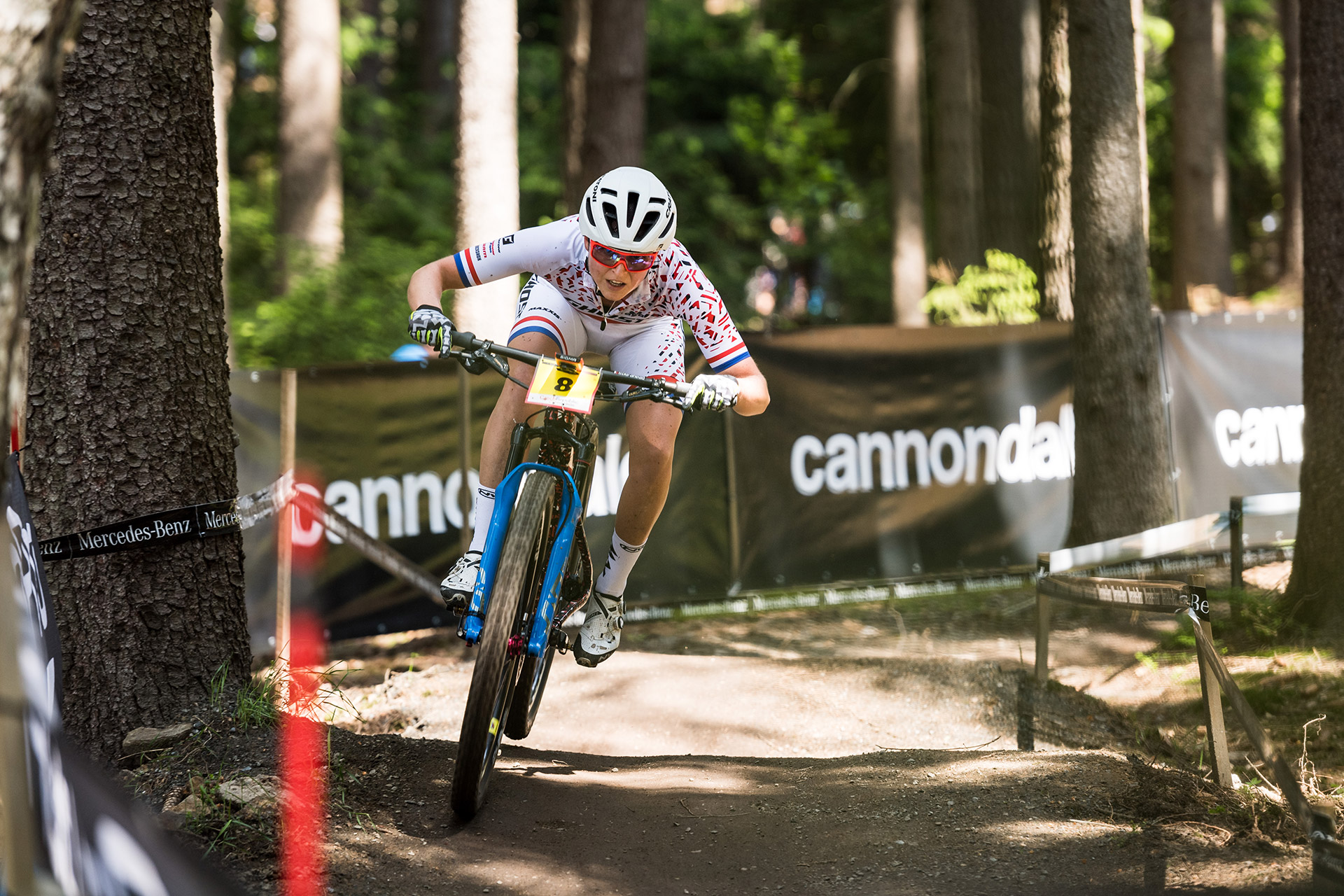 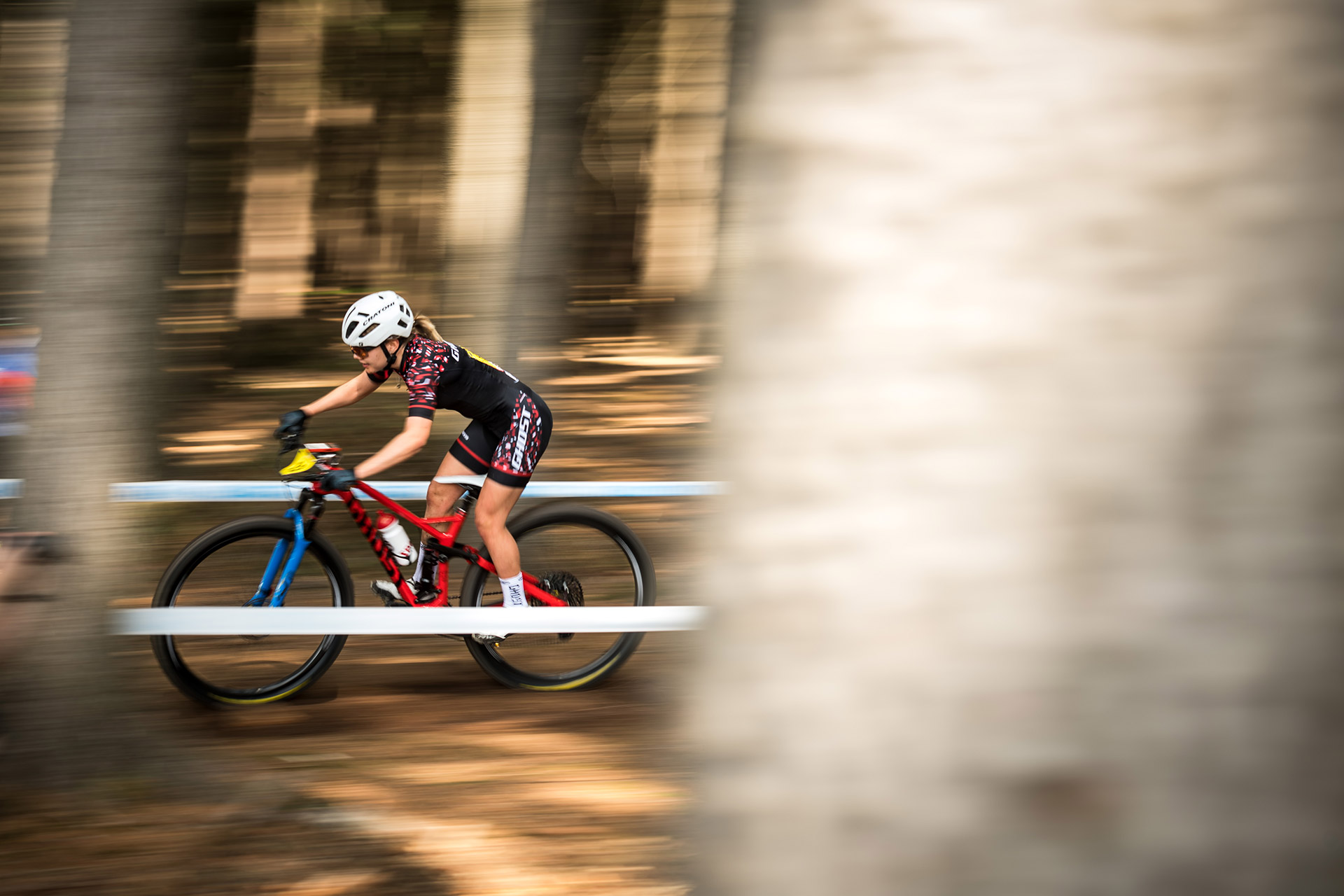 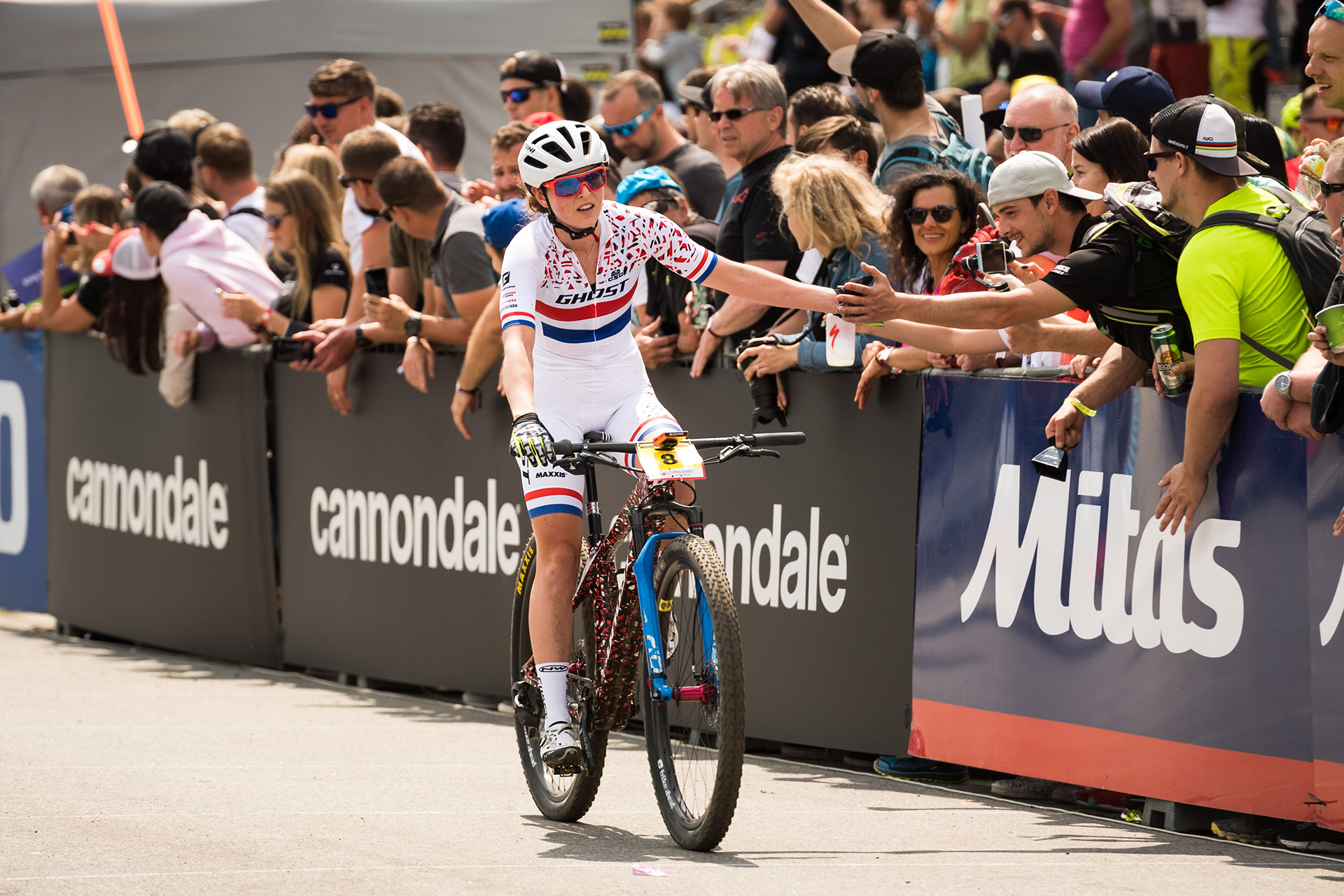 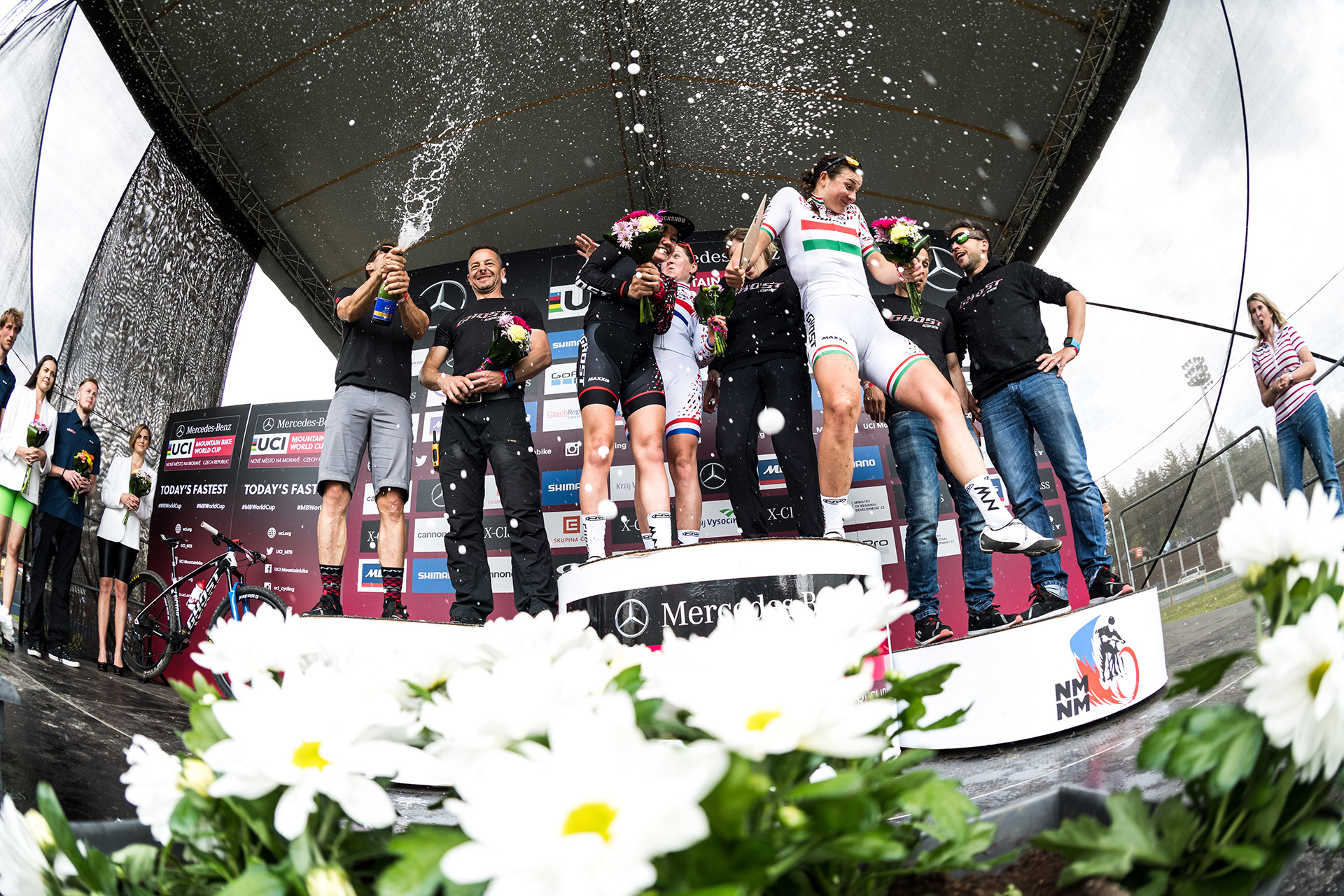 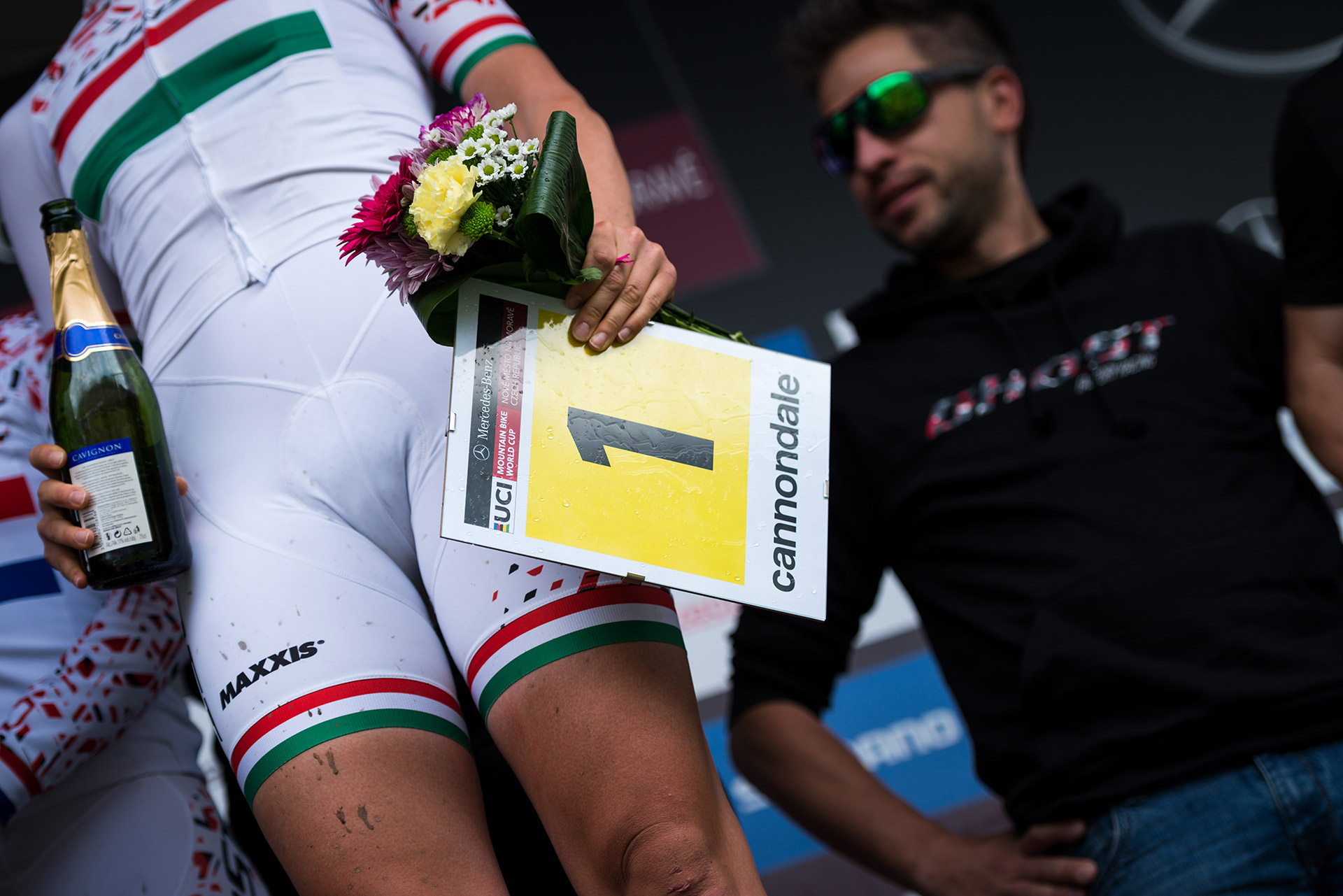 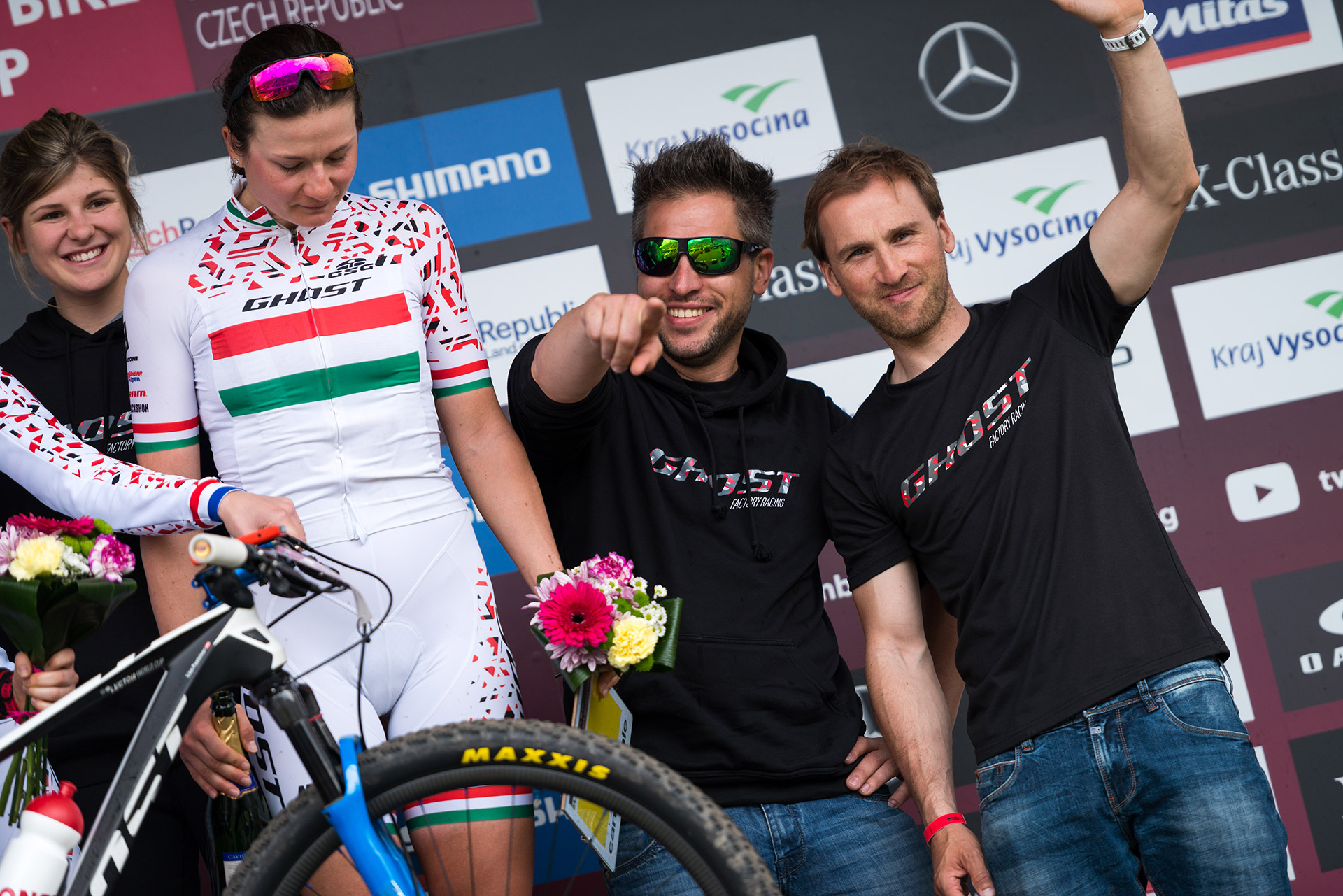 The first World Cup of the season a week ago was one of the most successful in team history. The second international competition followed suit and was a huge success. Sina Frei claimed her first Elite World Cup podium spot, Anne Terpstra secured another TOP10 result and the team won the team ranking again – for the second time in a row.

For years, the race course in Nove Mesto na Morave, Czech Republic, has been regarded as the best course in the world by riders and teams alike. The start takes place in the biathlon stadium and thousands of spectators line the course, many dressed up in seriously crazy costumes. This year, the fans didn’t disappoint the riders who, in turn, delivered thrilling races with spectacular scenes in the final few meters.

The U23 women’s race on Saturday started very hectically for Marika Tovo and Lisa Pasteiner. Neither one was able to position herself up front during the start lap. But over the course of the race, both succeeded in moving up slowly but steadily. Marika Tovo was in 6th place when a tiny mishap forced her out of the race:

“I touched a course post pedaling, at least that’s what it looked like in the pictures, because, honestly, I don’t remember much at all of the crash or the minutes afterwards. My knee hurt very badly, the first diagnosis in the hospital was a chipped patella. I am just so sad for the team because I really wanted to deliver a good result after last week’s race. Thank you so much to all who took such good care of me. I should know more on Monday, how long I will be out.”

Her Austrian team mate was just a few seconds behind her when the accident happened: “All I saw was a white jersey flying and I was hoping that it wasn’t Marika, but when I heard the screams in the woods, I realized it was her and that this was serious.” Lisa Pasteiner was on the way to the best U23 World Cup result of her career. After an 8th place finish last year in Stellenbosch and the mudbath last week, this meant mostly satisfaction.

“I knew that I was in good shape, even if you wouldn’t have guessed last week. Today, everything was right, even though the race was brutal today. Thanks to the entire team for the support; we had two really cool weeks together.”

Just like the week before, a short race on Friday determined the start positioning for the Elite race on Sunday. On the wide course, tactical strategy was key. Anne Terpstra secured herself a starting position in the second line, Sina Frei kicked off from third row and Barbara Benko started the race in fourth row. For the Hungarian Champion Barbara Benko, hardly anything went well this weekend. Immediately after the race having finished in 40th place, she did not know what had happened and was visibly frustrated:

“Honestly, I have no clue what is going on. I spent the whole winter preparing for these two weeks and there wasn’t anything happening today.”

“The result looks great on paper, but I honestly have to admit that I was lucky and others fell behind towards the end. I am happy with my result, but the race today just didn’t feel that great. I hadn’t felt as well as I felt in Albstadt and up front, even the tiniest difference matters. In the end, I learned a lot in this race and am super happy that I was able to finish that far up front for my second World Cup in a row. It was also the second-best result of my career”, the Dutch girl smiled once she had some time to reflect on the race. “Congratulations to Sina, I am so happy that everything went so well for her today.”

Sina Frei delivered one of the most thrilling races here last year, winning the U23 race in the finish straight. Now, in the Elite class, she positioned herself in a five-rider lead group right from the start and persevered there until she reached the finish. The race was characterized by many battles for positions, tactical maneuvers on the windy start/finish straight and many technical problems and crashes, also at the top. The U23 European Champion managed to stay clear of all the incidents and fought until the finish:

“Of course, I am happy with my result, even though this was hard work today. In the start lap, I was able to move up towards the front and was also able to break away with the leading group. Even though I was not quite able to keep up with the top pace today, I am very happy with the race and the result. I am looking forward to the Championships next week and also to the next World Cup round where we are again able to wear the yellow numbers.”