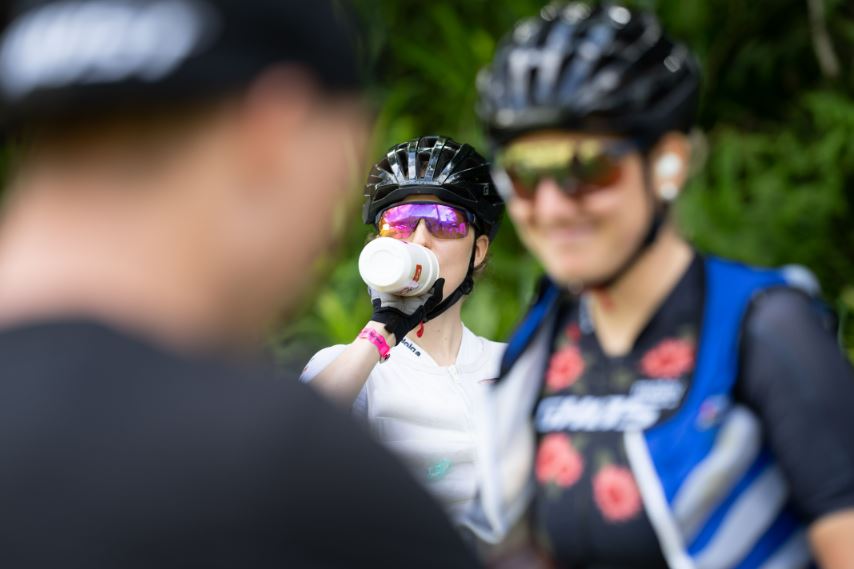 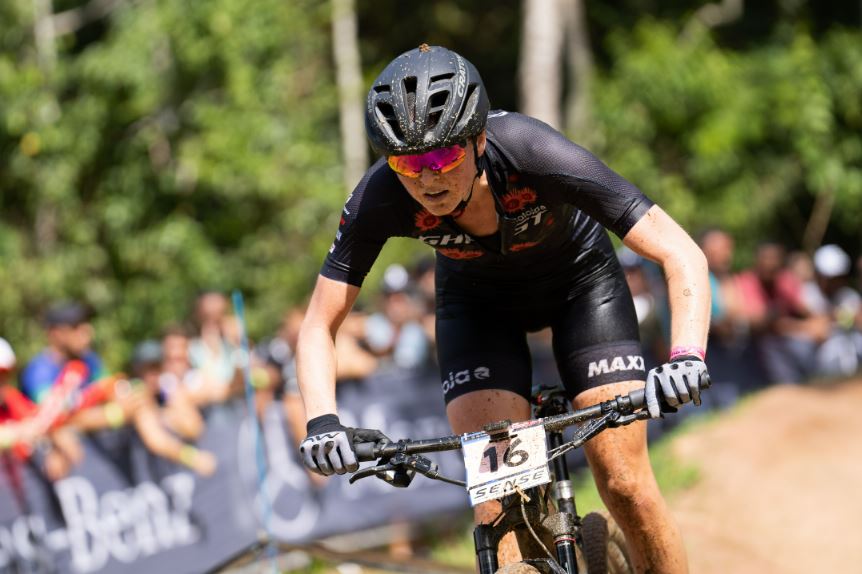 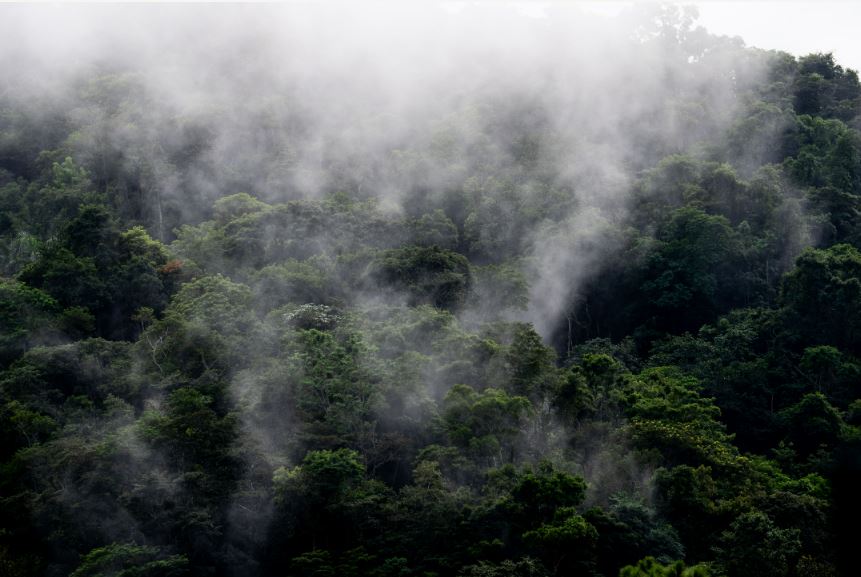 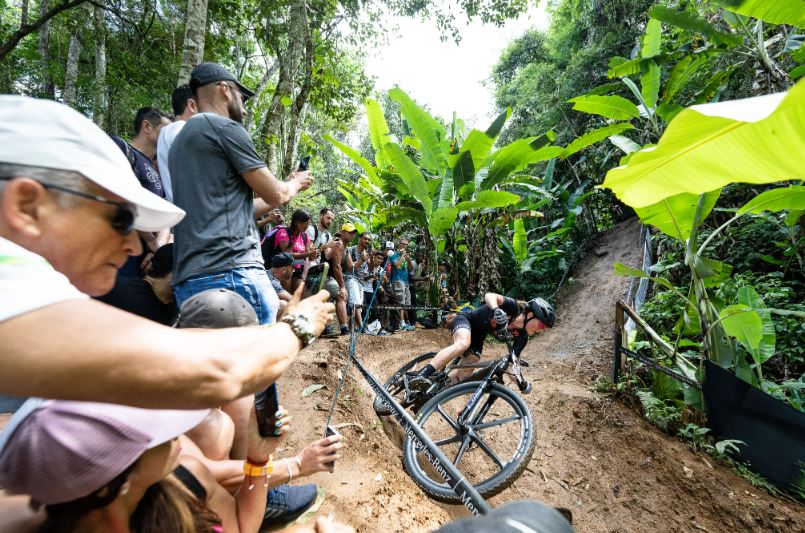 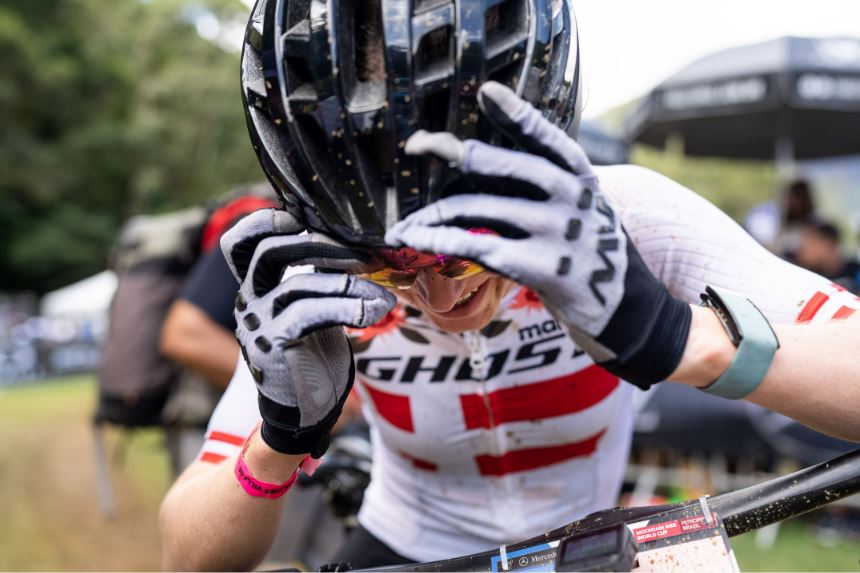 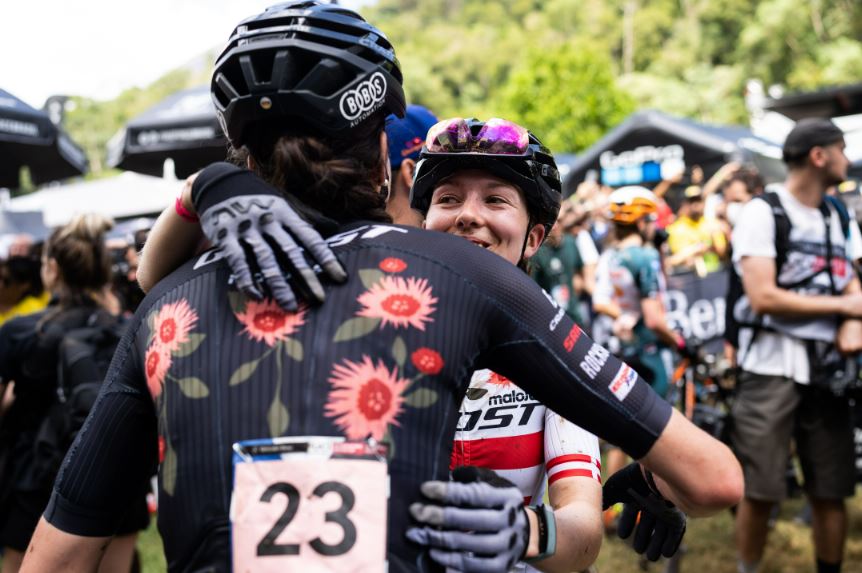 The race on the new track near Petropolis in Brazil provided spectacular speed and the lead in the team classification for the team from Waldsassen.

Anne Terpstra was visibly satisfied with her second place behind Rebecca McConnell after a courageous race and an intermediate lead.

Where did the season opener take place?

It was Brazil! More precisely, the first World Cup of the season took place in Petrópolis. A city located 68 kilometres northeast of the iconic city of Rio de Janeiro.

It gained historical fame mainly as the residence for the Brazilian imperial family in the 19th century. For the inhabitants of Rio de Janeiro, the area is especially important on hot days to cool down from the big city heat.

Petrópolis is a popular holiday destination worldwide. Tourism there provides a strong boost to the local economy.

In the last few decades, Petrópolis has become the Brazilian mountain biking capital.

The reason for this is the forests, the mountains in the north of the city, but also the climate in the region.

The track is located in the São José Bike Club, which is based there.

One thing was clear at first glance: the track cannot be compared to tracks that athletes in Europe and North America are used to.

In short, it's a fast track known for being physical.

There is a lot to celebrate after this opener. But the party mood is unlikely to last too long. The GHOST Factory Racing Team is already on its way to the second World Cup on 6-8 May. This time in GHOST's home country, Germany. Albstadt here we come!