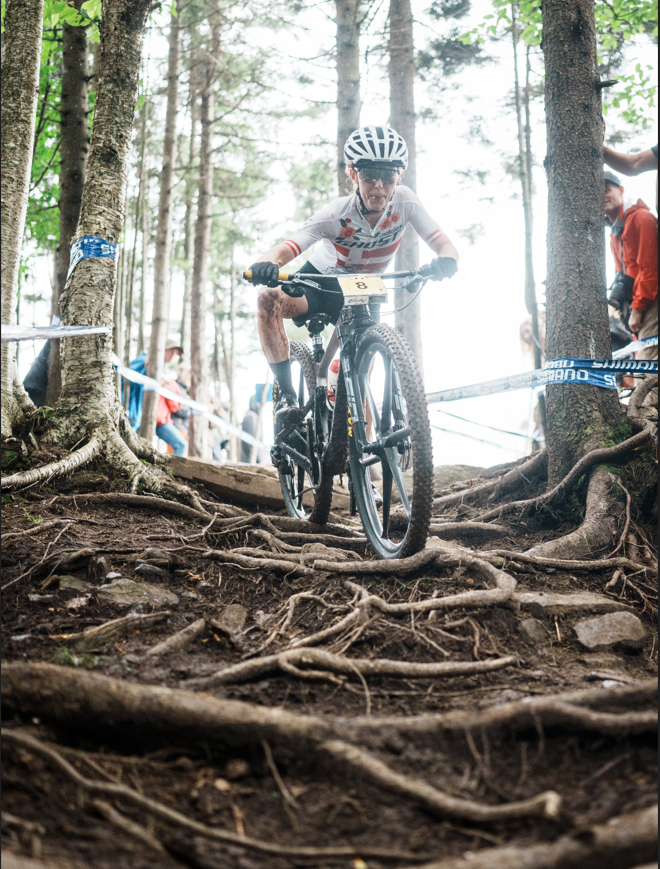 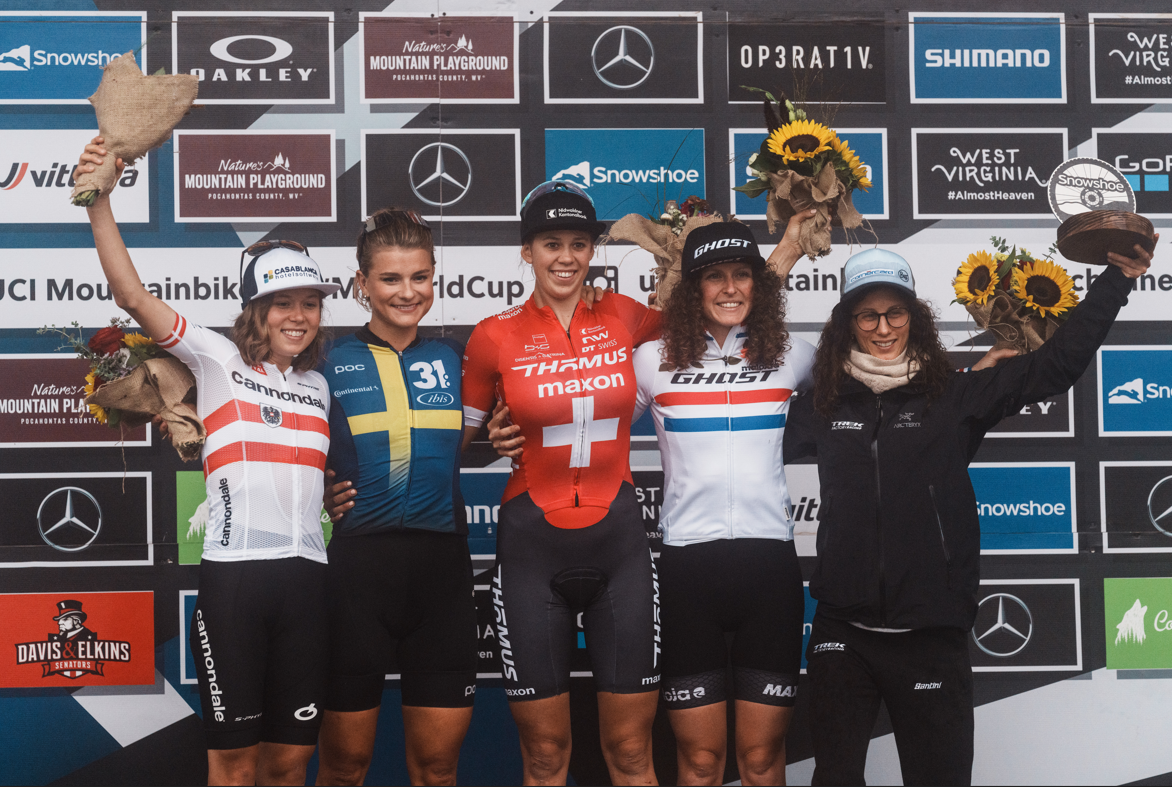 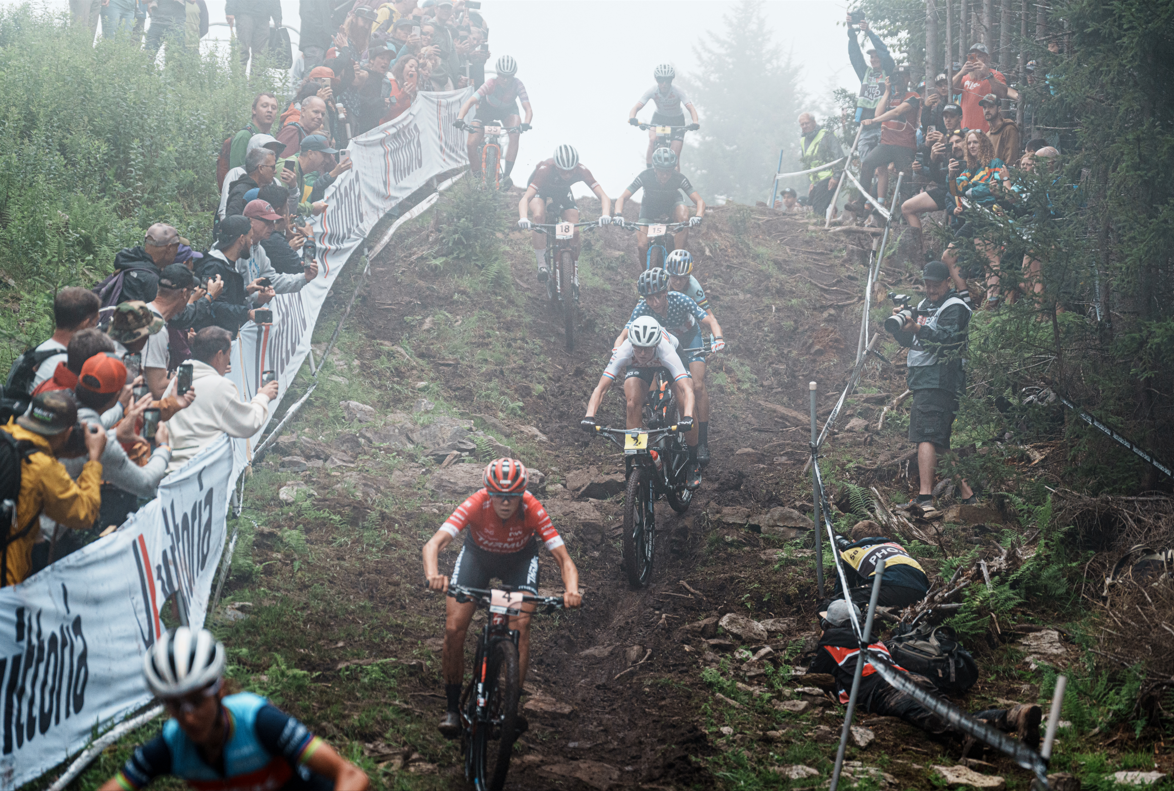 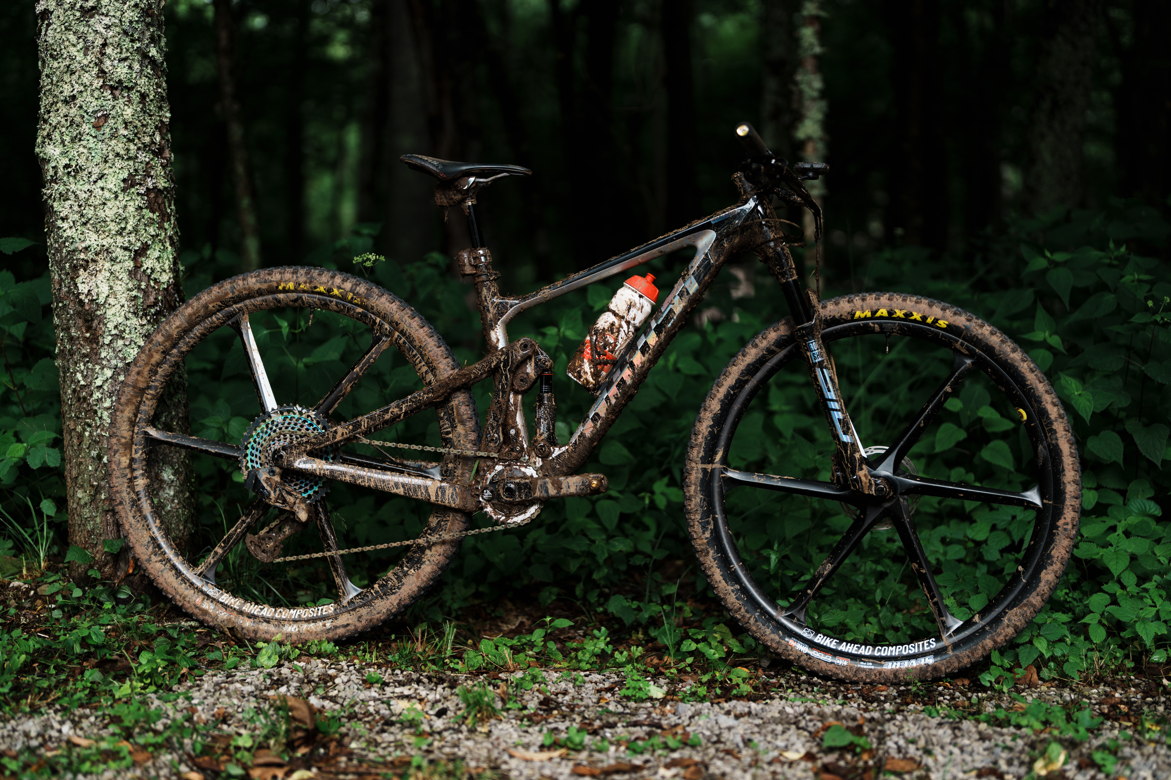 After an exhausting race, our Anne rides to 1st place in the overall ranking

In Snowshoe our girls from the GHOST Factory Racing Team achieved two good places. Especially for Anne Terpstra it was a memorable race weekend as she could take the overall lead.

Again only one week after the great World Cup victory in Andorra the next race for our girls in Snowshoe, USA was already on the agenda.

Snowshoe is located in the east of the state of West Virginia on the east coast of the USA.
Last Friday, the XCC competition was already on the agenda.
In the country that invented mountain biking, a technically demanding race was on the agenda. The track stretches over 3.8 kilometers and is very hilly in its characteristics.

Nicole Koller had to sit out the race due to a recently overcome Corona infection, Nadine Rieder decided after the last results to sit out the two races in North America and to put the full focus on the World Cup finals.

Anne rides to 2nd place after a close race that is only decided in the final meters. Caroline Bohé completes our (decimated) female paddock in 9th place.

Since Anne left her two opponents Alessandra Keller and Rebecca McConnell behind her, she already climbed to 2nd place in the overall standings on Friday.

In the XCO race on Sunday our two riders faced difficult conditions. In pouring rain and fog the track became very deep, technically even more challenging and slippery.

The World Cup leader Rebecca McConnell had to fight against these conditions. While Anne Terpstra continued to bring her best form on the track.
Anne fought her way to 3rd place and Caroline to 9th.

Due to the fantastic results over the weekend, the lead in team standing against the pursuer Specialized Factory Racing could be extended. The highlight of the race weekend: Anne Terpstra takes over 1st place in the overall standings. With a minimal lead of 8 points Anne goes into the last two races.

The race continues next weekend. The race in Mont-Sainte-Anne in Canada is scheduled from August 5 to 7.