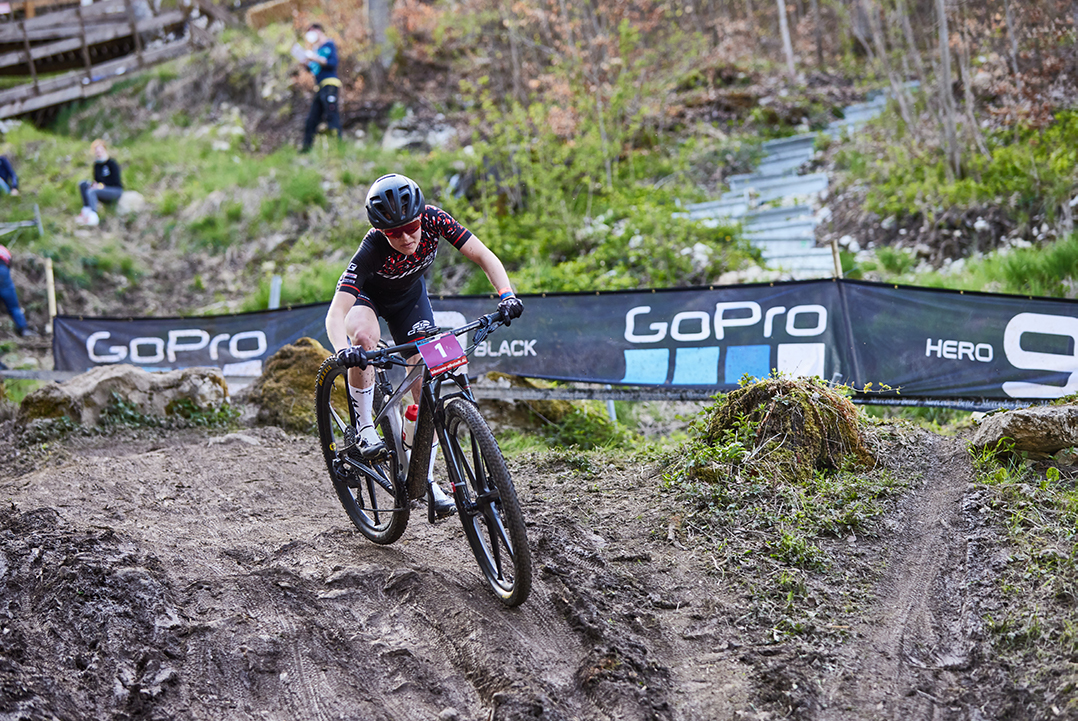 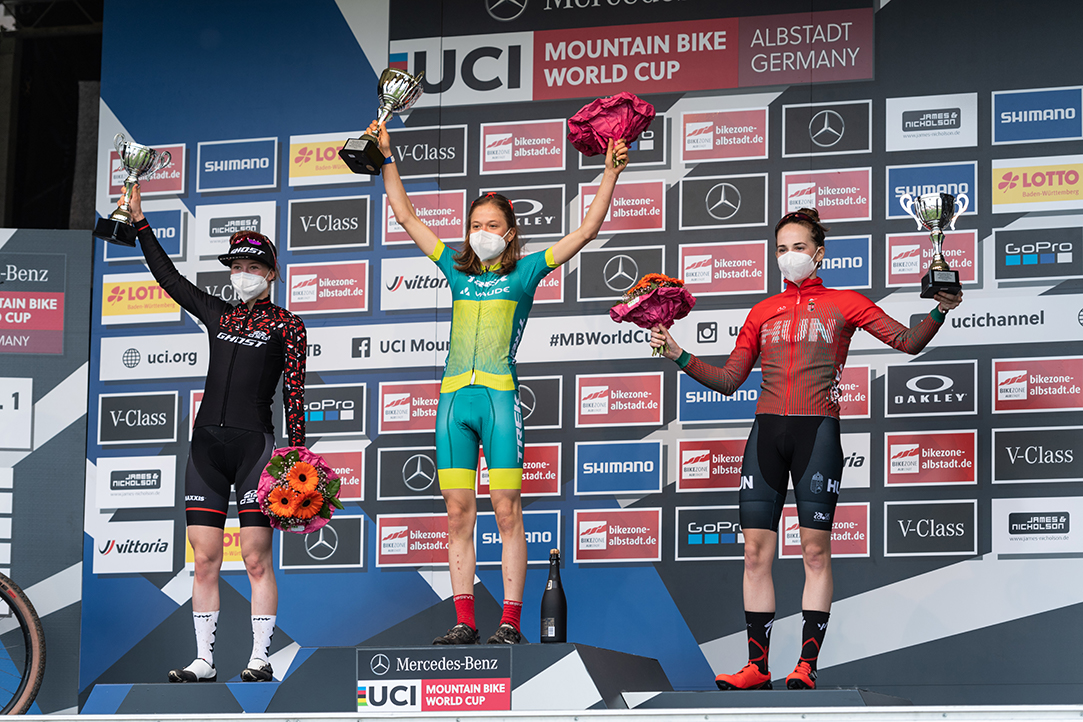 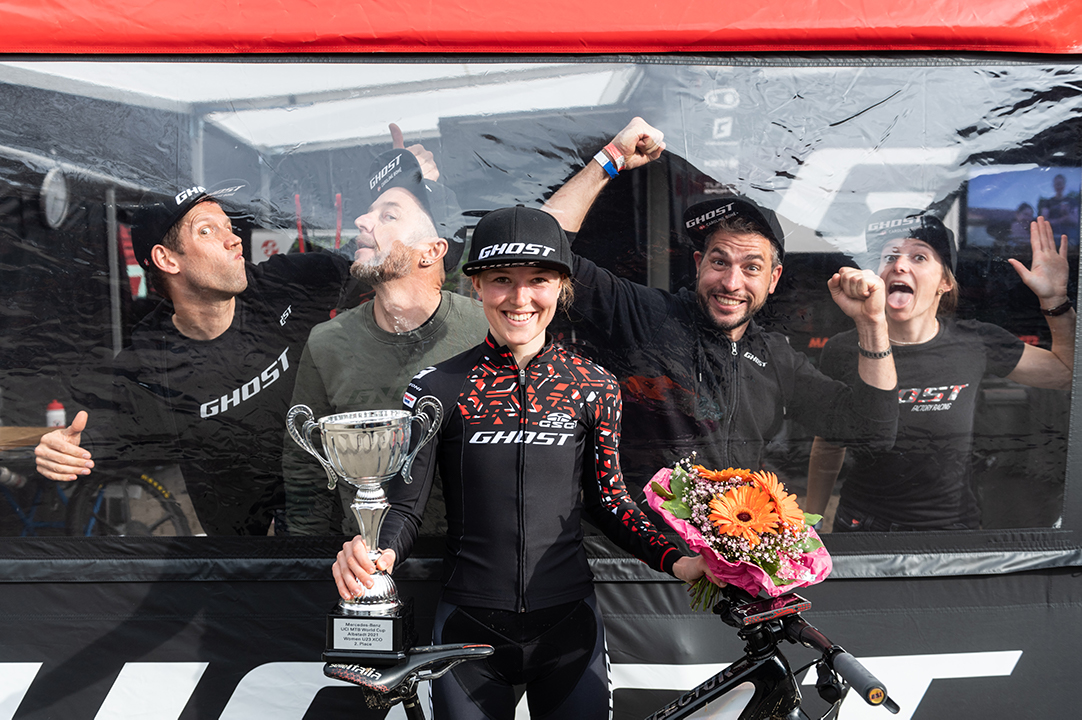 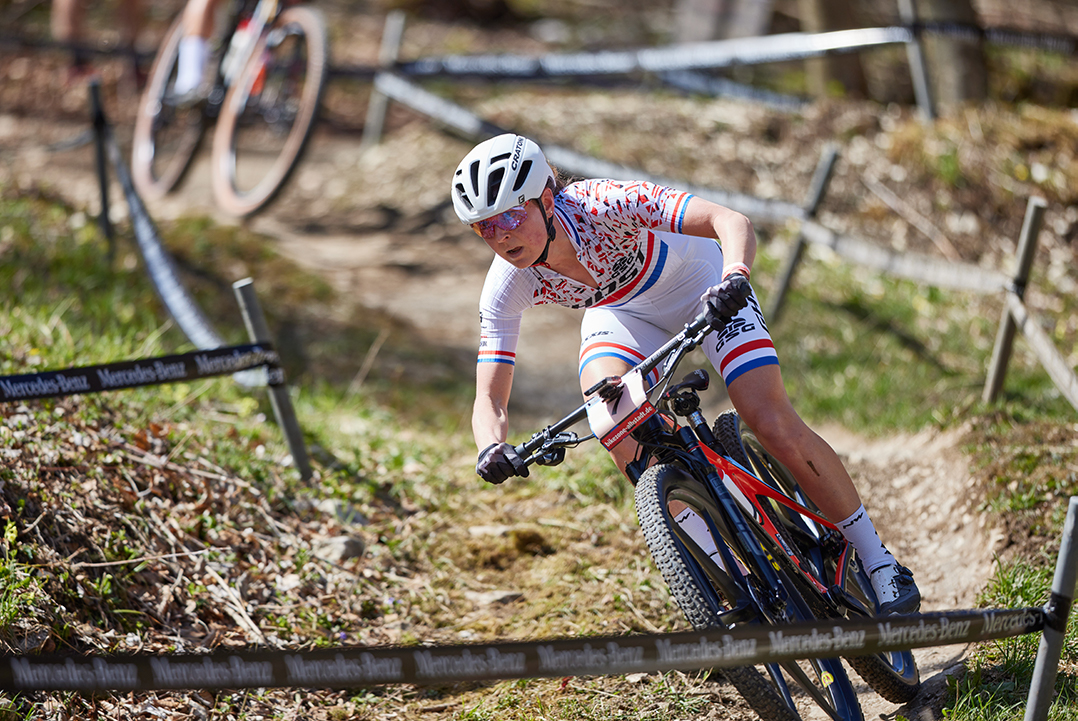 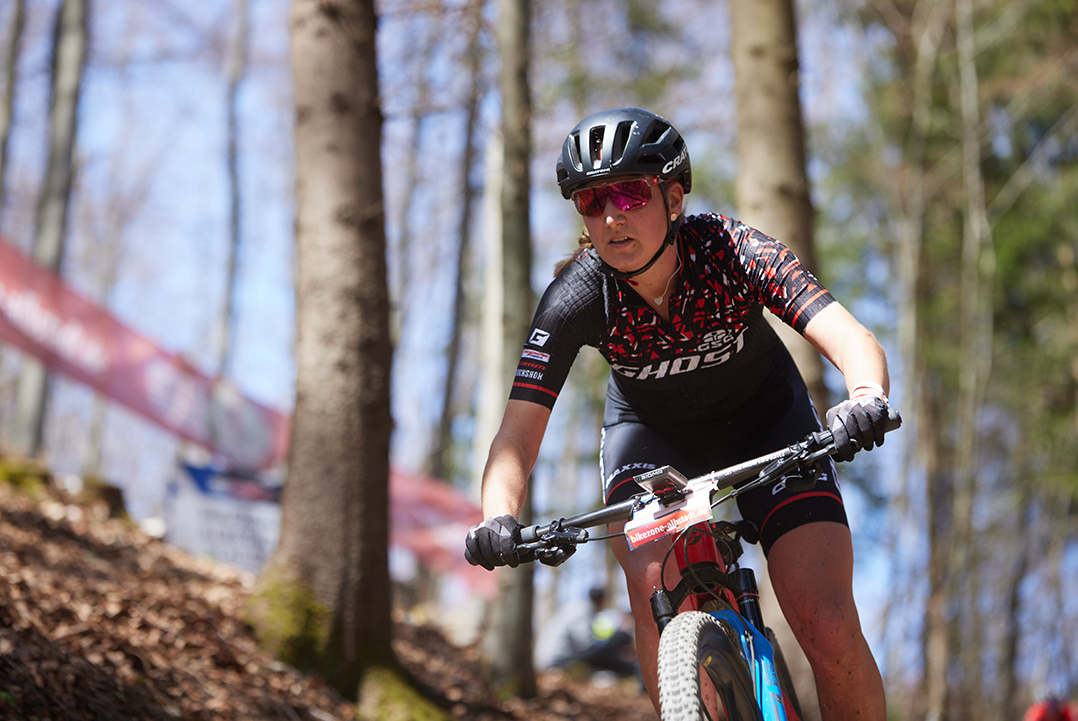 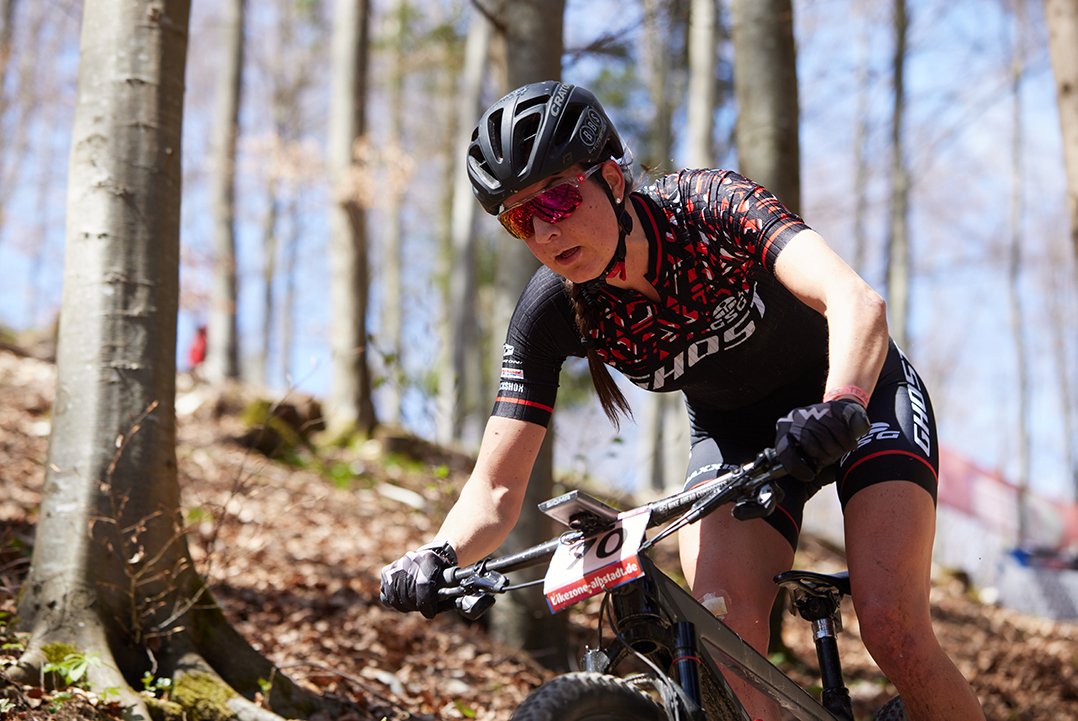 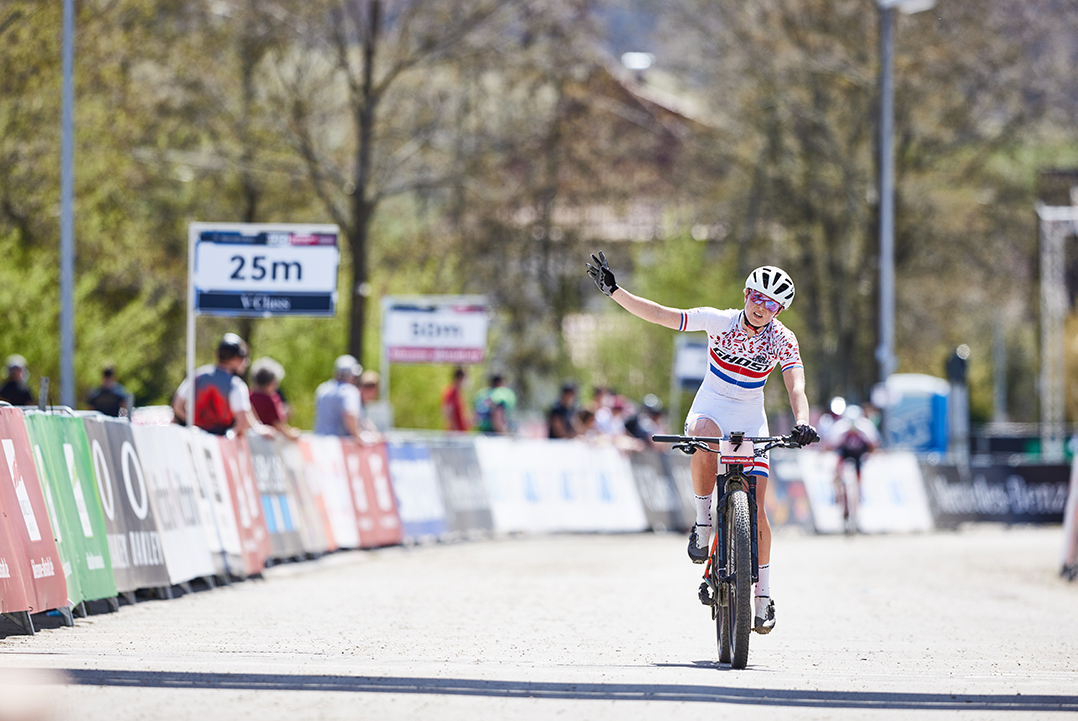 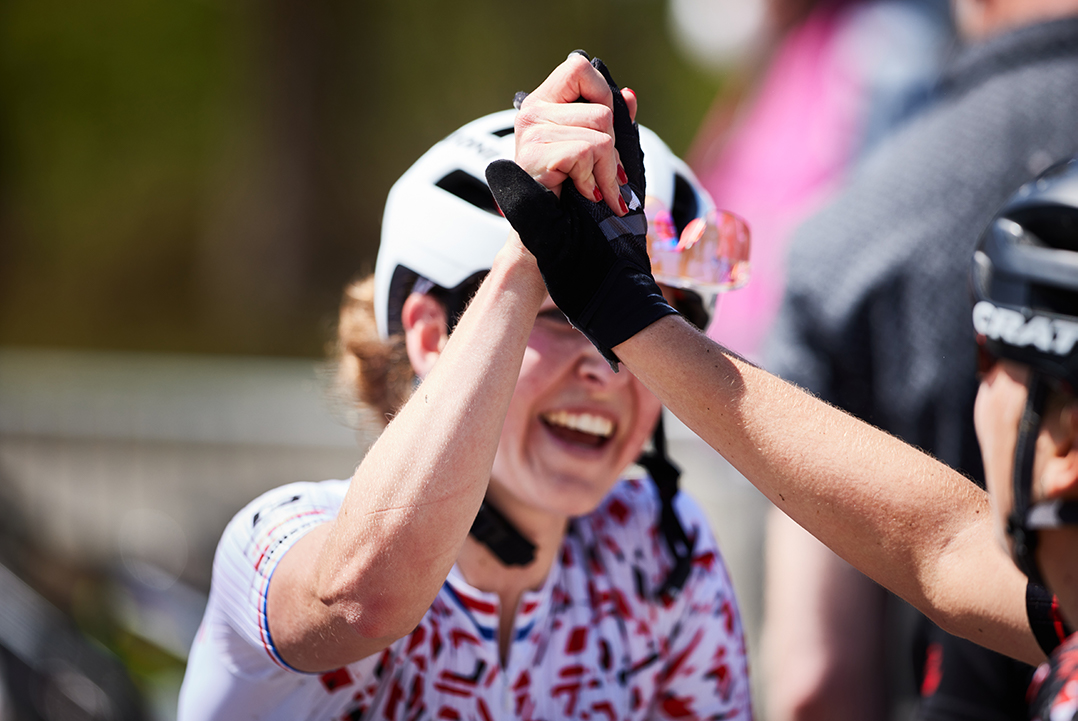 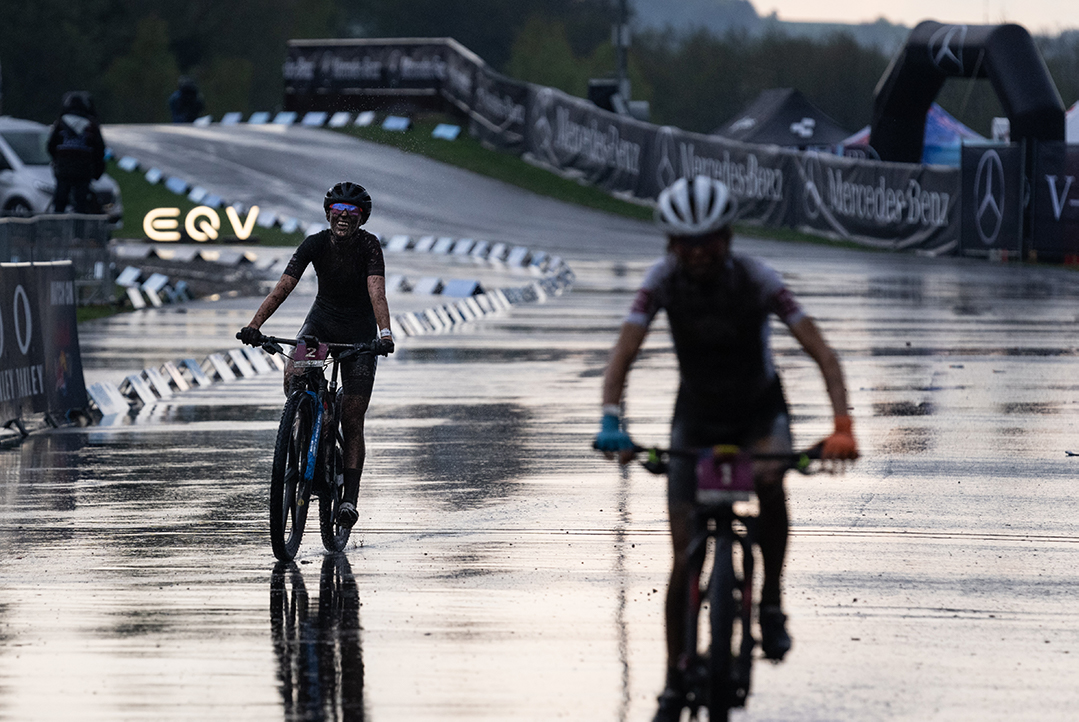 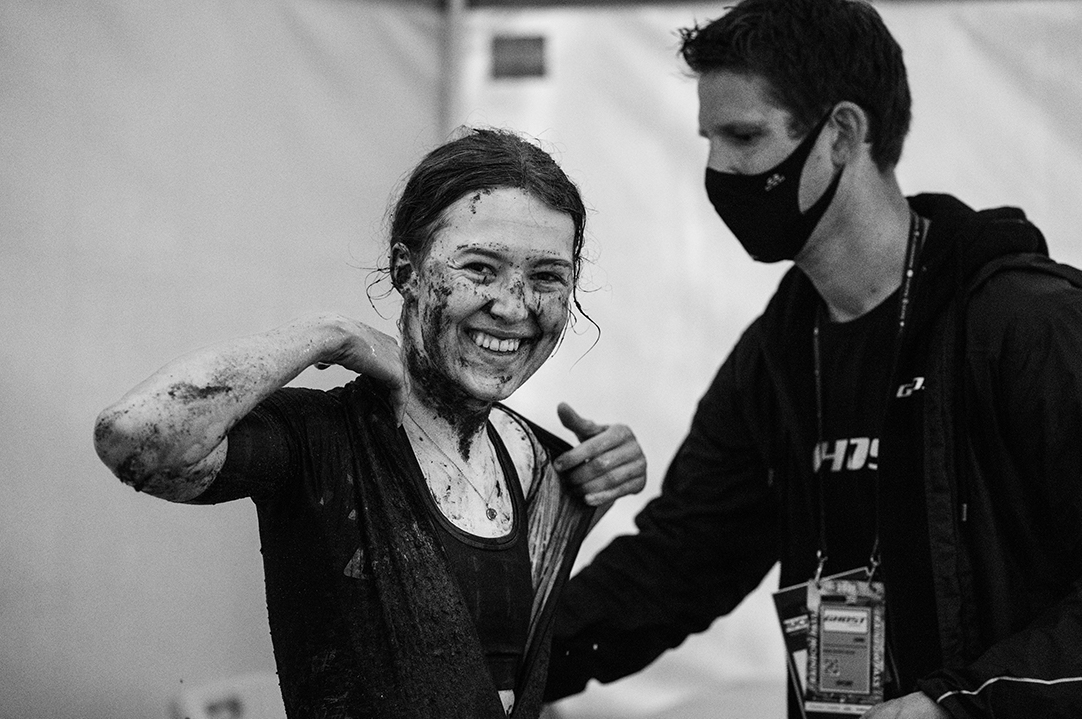 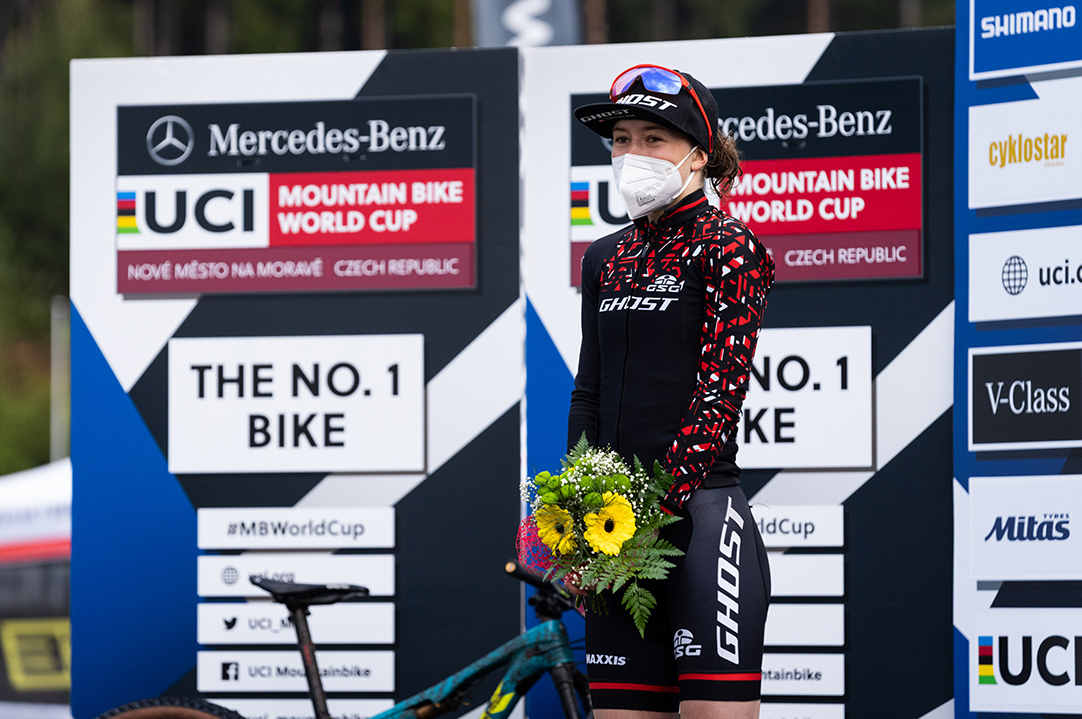 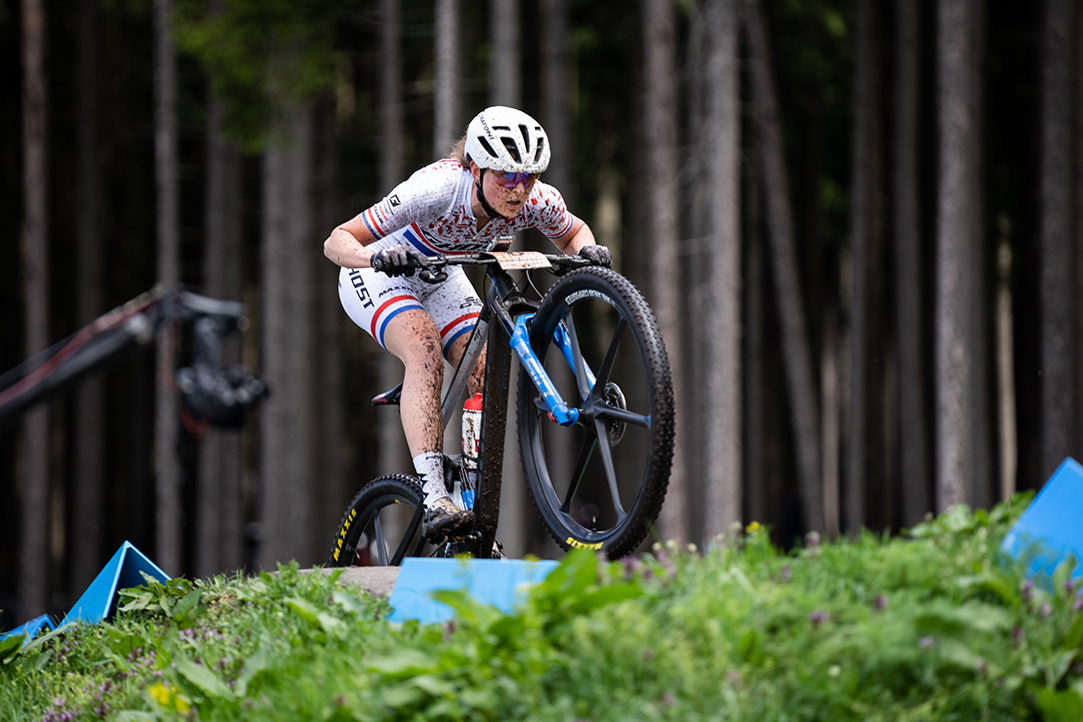 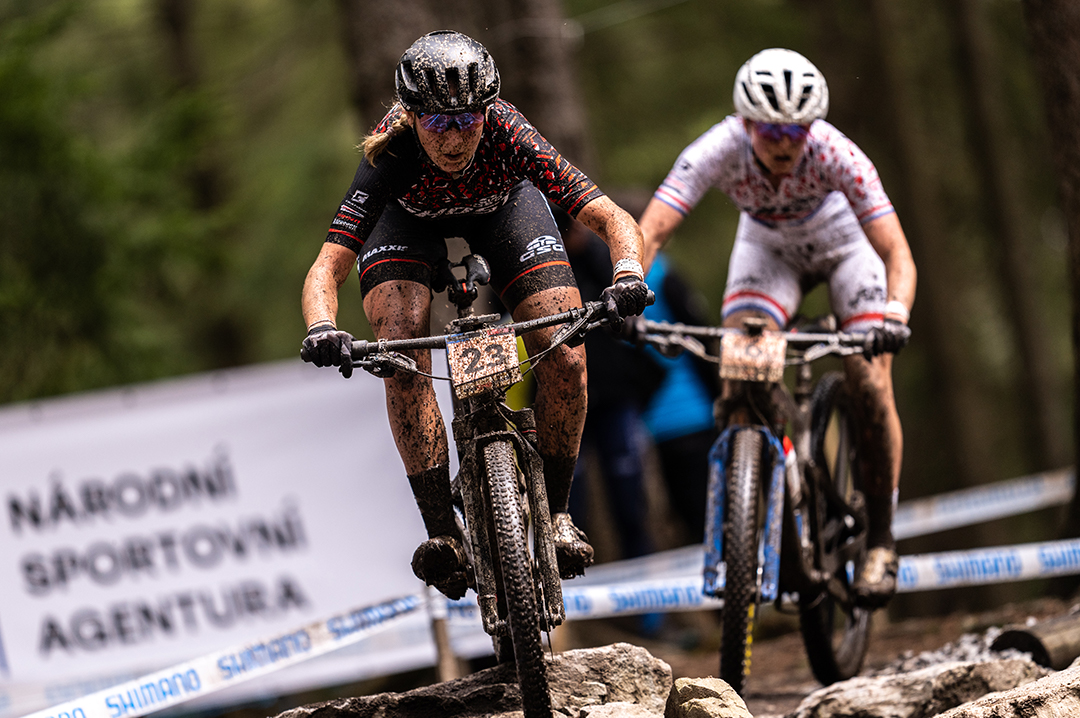 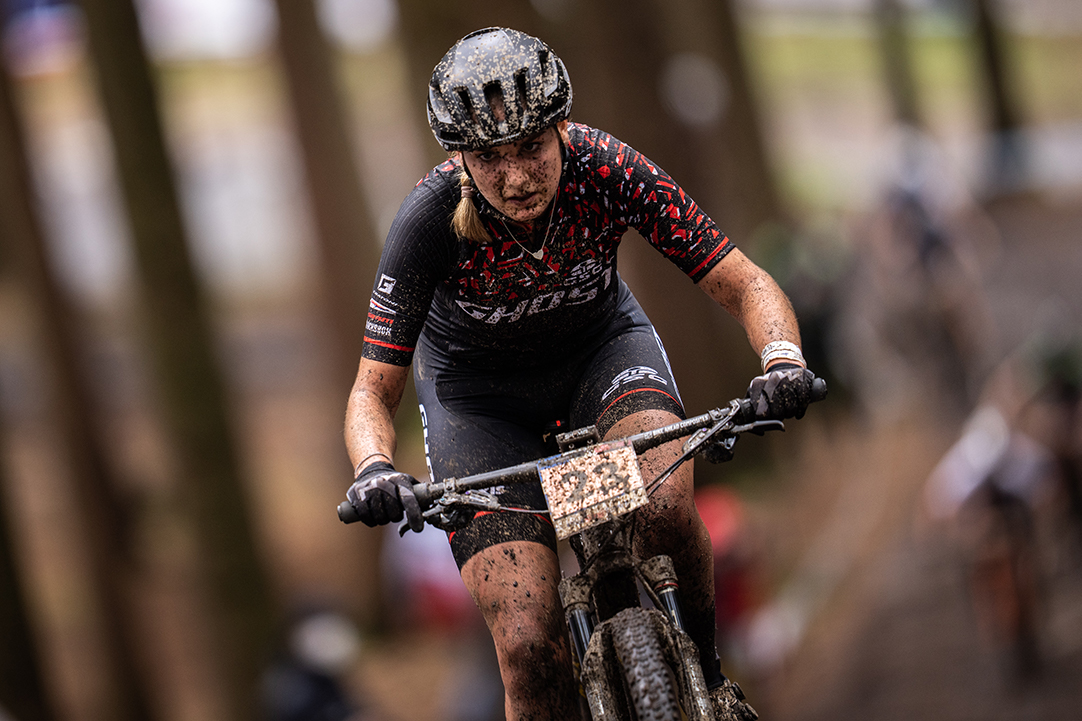 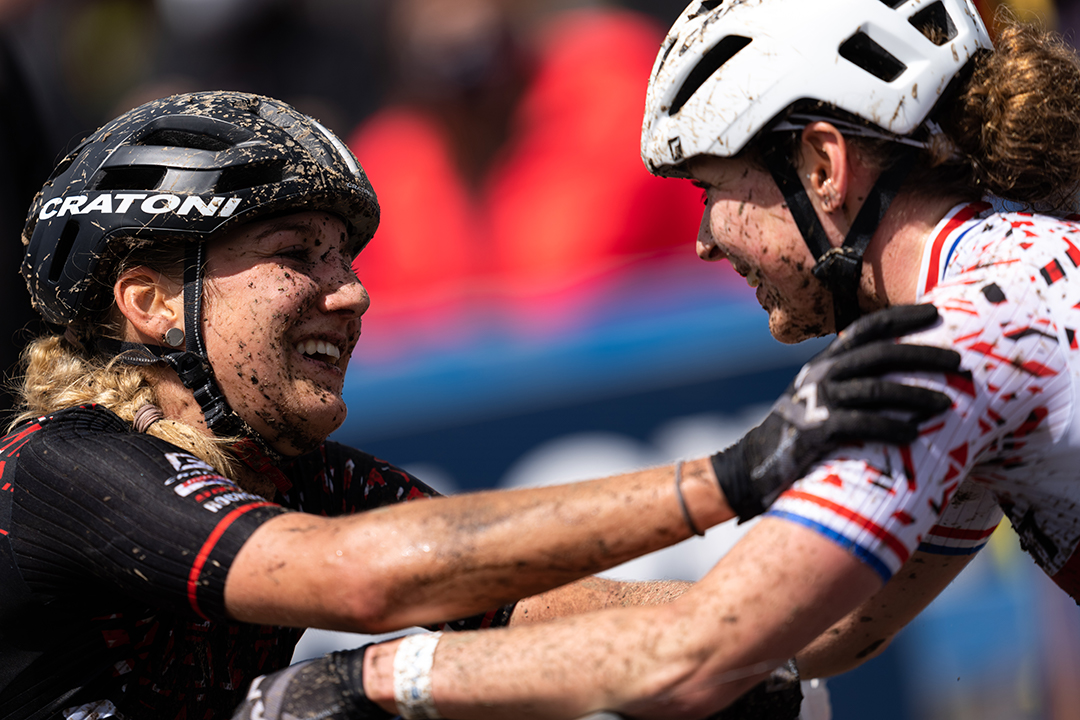 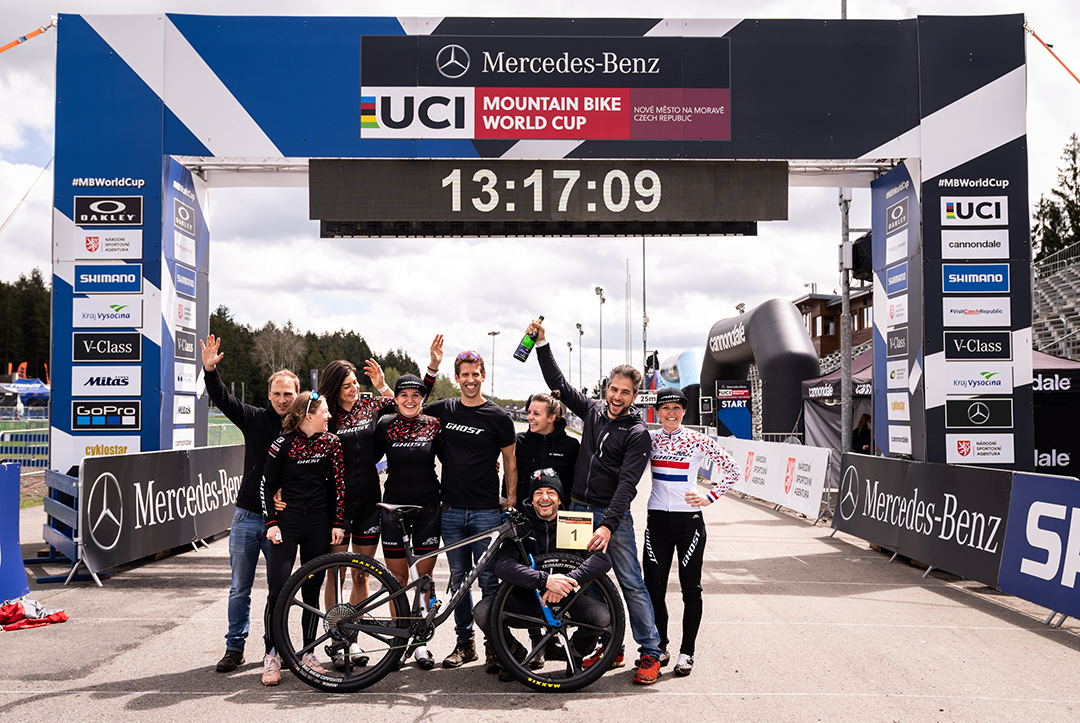 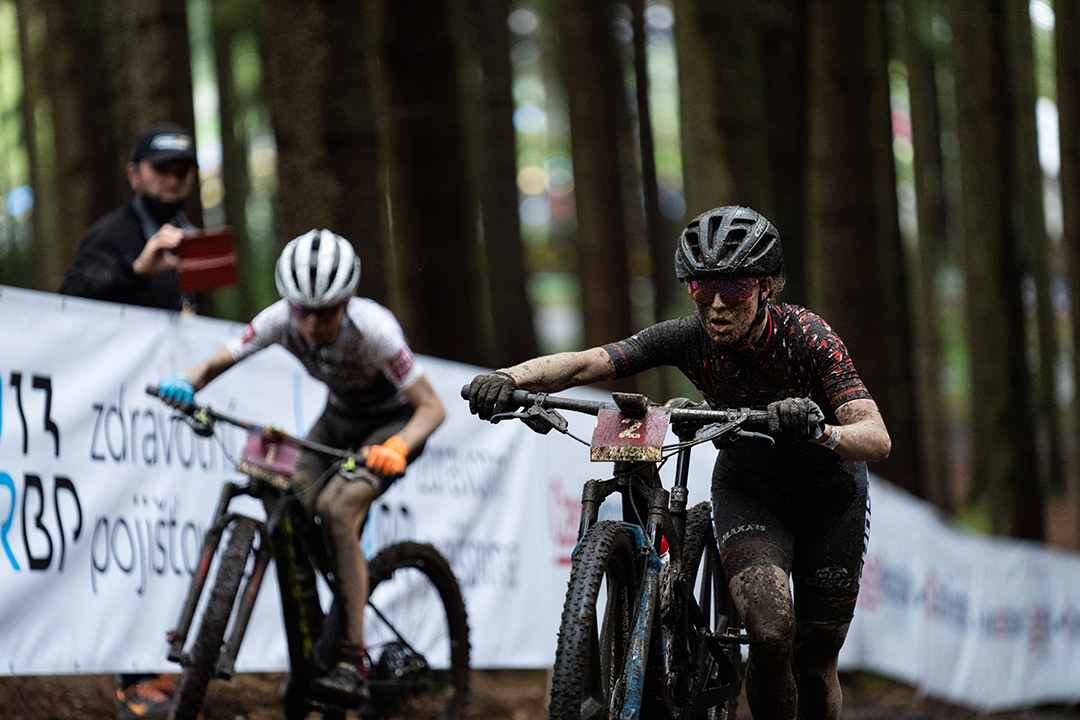 The GHOST Factory Racing Team continued to build on their great 2020 World Cup results, and celebrated a successful start to the first part of the 2021 World Cup season. Caroline was able to celebrate two second place finishes, Anne just missed the podium in Albstadt with a sixth place and Nicole was beaming with pride thanks to her eleventh place in Nove Mesto.

After promising races in Obergessertshausen, Nals and Haiming, the GHOST Factory Racing team was looking forward to the first World Cup block of races. After Caroline and Nicole's double victory in Obergessertshausen, encouraging results in Nals, Anne was able to win the HC race in Haiming in front of the assembled world elite. Unfortunately, a few days after that, Nadine's ankle injury turned out to be more serious than expected, and will probably still play a role in the upcoming races. Despite torn ligaments she got the OK from the doctor for a start, but the impact on her physical performance was too much to overcome in Albstadt, and she finished the race far below her capabilities.

First World Cup of the season in Albstadt

Nicole delivered a strong performance, even approaching the TOP15 from a very poor starting position. Despite being slowed down by cramps on the last lap, she finished the XCO race in a great 19th place.

Anne took the reins in the first lap and even led the race at first, before dropping back to 12th place: "I didn't lead because my legs were so good, but instead because I had a rather so-so feeling right from the beginning. Then I thought, if I start in the lead, I don't fall back so far afterwards as if I was already in tenth place anyway." After a recovery mid-race, however, the Dutch Champion moved forward again bit by bit and finished in sixth place, missing the podium by just a few seconds in the end.

A day earlier, Caroline was preparing to finally make her dream of her first World Cup podium finish come true. Even though she does not have good memories of the course in Albstadt, the effects of her training and preparation over the last year showed, and she took the lead right from the beginning. In the first lap, she was overtaken by Mona Mitterwallner and let her go, but she maintained her second place in a strong and experienced manner and was very happy about her first podium finish: "I didn't have the best experience on this course, especially in the rain. But the race in Obergessertshausen gave me a lot of confidence, that was my first really good race in the mud. Today, the conditions weren't as difficult as there, but I was prepared for everything and wasn't afraid of it anymore. Thanks a lot for the support, I'm super happy to take this trophy home!"

Immediately afterwards, the entire team traveled on to Nove Mesto na Morave in the Czech Republic.

The race in Nove Mesto was also a complete success, even though Nadine had to end the race early. The conditions on the very demanding course changed drastically towards race day and the German Marathon Champion did not want to take any unnecessary risks in the many running sections due to her ankle injury. Therefore, she decided in consultation during the race to spare the foot and end the competition early: "Of course I am not happy not to finish, especially because I felt great from a technical point of view. But I had to start far back and from there, I could not really apply my strengths. But the running was just too much and I didn't want to take any further risk. So chin up, get healthy and then attack again fully!"

Anne felt a little dejected initially about her ninth place after narrowly missing out on victory here twice last year, but after letting some time go by, she had already reflected on the race: "The level in the women's field is so high, everything just has to be absolutely perfect for a podium finish. I personally actually rode a pretty good race today, didn't make any serious mistakes and couldn't have gone any faster. Starting in the second row certainly didn't help, but from then on things actually went well. The mud certainly doesn't suit me and others are simply better in these conditions, which quickly makes the difference between TOP5 and TOP10. In the end, however, that is exactly what defines our sport at the moment. Congratulations to Caro, we were so happy for her, as well as Nicole - it was cool to race with her so much today!" Presently, the Dutch Champion is in a strong fifth place in the overall World Cup.

Nicole had dreamed of a TOP15 result the previous week and narrowly missed it in the end – so therefore she set herself precisely this goal for Nove Mesto, a course that should certainly suit her better. From the beginning, the Swiss rider placed in the TOP15 and rode together with Anne for several laps: "That was a sensational race today and I had a lot of fun on the course. I knew from the beginning that the track would suit me, the conditions then made it even more fun. I got through the start well and was then quickly able to place myself in the TOP15. I rode together with Anne for a long time and we were then able to help each other on certain passages and fought for eighth place. In the last two laps Jolanda came from behind and I lost sight of Anne and rode my race until the end. But the eleventh place in the end is more than I had hoped for, TOP10 is clearly my medium-term goal, but a week ago I still dreamed of a TOP15 result. Thanks for the support to the whole team, standing together on the team podium at the end was super cool for everyone!"

On saturday Caroline rode a spectacular race and put up a fight down the finishing straight, where she missed the victory at the finish line by a mere two seconds. In the duel with Mona Mitterwallner, who had won the previous week by more than two minutes, the Dane showed her technical class and was able to gain between five and ten seconds in each downhill. However, the Austrian lightweight Mitterwallner was able to counterattack again and again on the uphill and so it came to a showdown on the last lap. Caroline was 18 seconds behind at the halfway point of the lap, and was able to reduce it to two seconds with a spirited final attack: "That was probably my best race ever today, and it was so much fun in these conditions. I wished for rain before the race and it came, of course I would have liked to win, but second place under these circumstances and with this race course was sensational. I am so happy and can hardly put it into words. We have been working on my technical skills for so long and last year with my collarbone fracture I didn't get the chance to show the progress. Until now I hated mud racing, that has definitely changed. Thanks to the whole team for the support and all the encouragement, I'm so happy and everyone was already laughing at me because of my permanent grin."

Thanks to the results from Albstadt and Nove Mesto, the team was able to conquer the overall lead in the World Cup and will start with the coveted yellow number plates in the upcoming race in Leogang, Austria, in June.